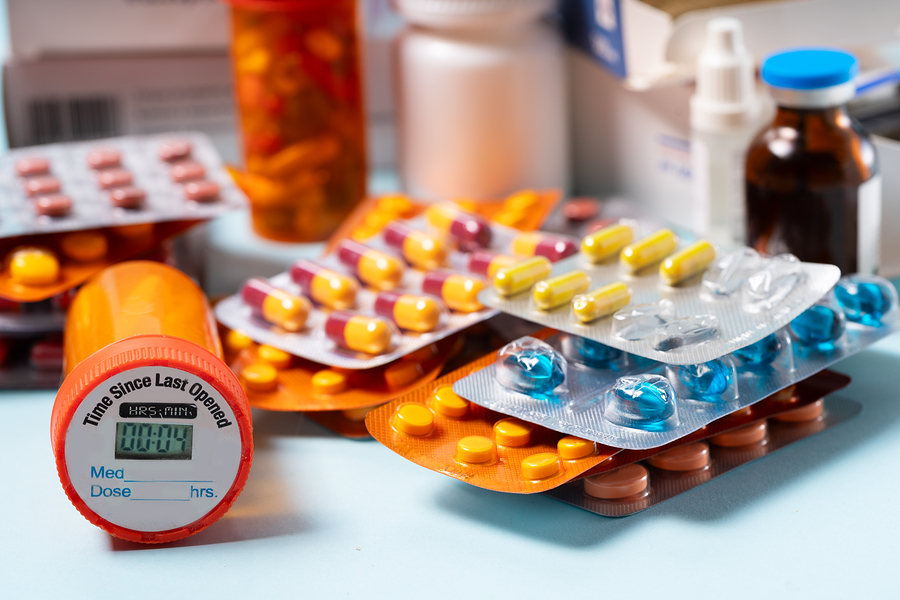 Pharmaceutical formulations, are created by combining various chemical substances with the active ingredient of a medication to obtain a final medicinal product. The dosage form is often  referred to the formulation of a medication. Common formulations include solids (tablets/capsules), semisolid (gel capsules) or liquids. Different formulations of medications are approved for use and some solid dosages can be given safely to children.

We will briefly discuss various forms of medications here:

Tablets: These are the most common form of medications. They are made by compressing a granulated powder with the active ingredient and   inactive filler ingredients (exccepiants) as the actual amount of active ingredient  needed may only be a small quantitie. To help the tablet disintegrate or dissolve when coming in contact with fluid, a tablet is usually coated with a substance such as starch, which is known as excipient.

Capsules: Capsules are hard and/or soft. Hard capsules have the drug in solid form while soft capsules can have a semi-solid or liquid form of the medication inside the capsule. Soft capsules contain the drug formulations that are hard to dissolve in water.

Sustained Release Preparations: These drugs are embedded in a relatively inert material to ensure their slow release which allows them to be given less often increasing compliance by patients. . The drug can be coated in multiple layers so that it disintegrates slowly after the release of each layer.

Controlled Release Tablets: These tablets are covered with a semi-permeable membrane and come with a hole. Once the drug enters into the gastrointestinal tract of the patient, water seeps into its hole, causing the release of the drug in a  controlled fashion due to the difference in the osmotic pressure.

Solubility and dissolution rate varies with the solid dosage form as the particle size may critically affect the dissolution and absorption rate of a drug. To ensure the consistent bioavailability behavior of the drug, dissolution rate and solubility for various batches of brand-name and generic drugs need to be well controlled and tested to ensure efficacy.

These formulations are easier to absorb compared to solid formulations. These are useful for patients such as children who have difficulty in swallowing  tablets.

Liquid Medications: Liquid medications  are often  flavored to improve the taste of the medication. These drugs come in the forms of solutions, suspensions and emulsions and should be shaken well before use.

Topical Preparations: These drugs are applied to an area of the body for direct administration. These include drops, nebulizers, inhalers, creams, lotions, and gels.

Efficacy and safety must be given for the active pharmaceutical ingredient, and also for the primary packaging materials and devices.

Save on your prescription drugs with EzRx discount drug card

Regardless of formulation you can save with EzRx. Brand name prescription drugs can be a great contributor to your rising healthcare costs and EzRx provides an average of 20% savings on these medications however, this still may be to expensive to afford. Consider using a generic when available as EzRx discount drug card can help you save significantly on generic medications. Visit www.ezrxdrugcard.com to get your card or simply text the keyword “EZRX” to 21000.

EzRx drug discount card can be used over 65,000 retail pharmacies across the United Sates including all major  chains and grocers. There is no spending limit on the EzRx drug card and it can be used by the family members and friends as well. EzRx drug card is free to the consumer, never expires, and is activated and ready to use.

Disclaimer: The information and content posted on this website is intended for informational purposes only and is not intended to be used as a replacement for medical advice. Always seek medical advice from a medical professional for diagnosis or treatment, including before embarking on and/or changing any prescription medication or for specific medical advice related to your medical history.